Late in 2011, after an open competition, I was commissioned by a National School in Galway to produce some sculpture for the school grounds. The brief directed that the sculpture reflect, in some way, the ethos of the school and also that it relates to a story. After some research I came across the story of Saint Modomnoc who, it was said, introduced bees from Wales to Ireland (much in the same way that Saint Patrick rid Ireland of snakes). In my application I proposed to make several bronze beehives and also have a workshop and a presentation with the school children. At this presentation I told the children the story of Modomnoc and made these illustrations for that purpose. 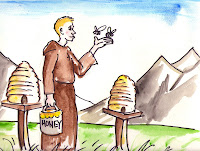 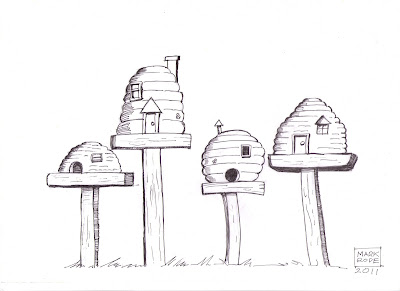 Original concept sketch. The idea was beehives in a Dr. Seuss style. 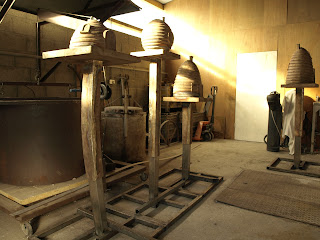 Beehives in the foundry 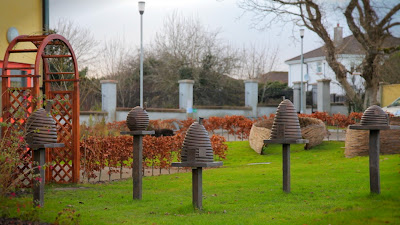 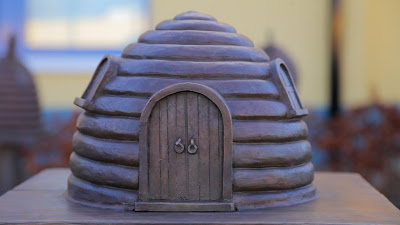 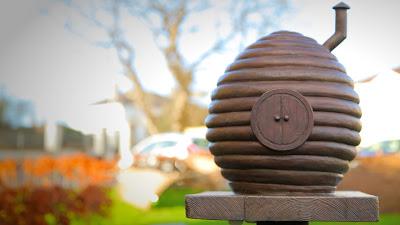 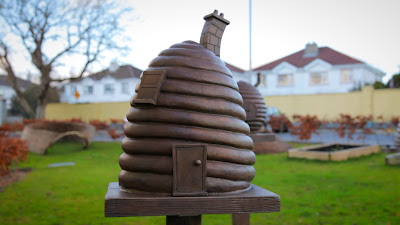 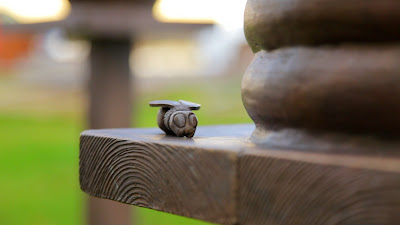 This commission was installed in September 2012. It was a lot of fun to make and the teachers and students at the school were very enthusiastic. Thanks to Eoin Collins for the photos.